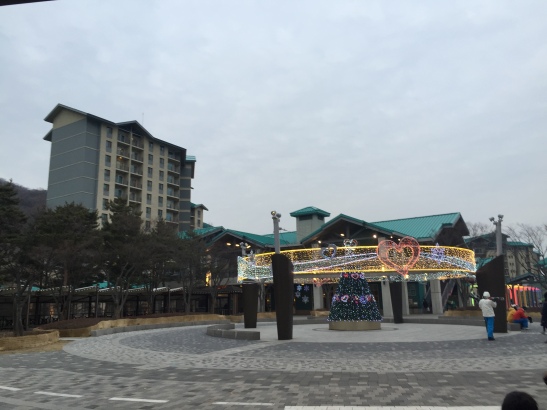 I went to the Konjiam ski resort on Saturday. The most big reason why I visited here is because the winter season of ski is almost over. I wanted to snowboard one more time in this season! Konjiam is near with Seoul that it is easy to go there. It took only 1hour with car from Gangnam district where is the central in Seoul. One month ago, I visited the Yongpyong ski resort where the biggest ski resort in Korea, and today I want to introduce about Konjiam with partially comparing with the Yongpyong ski resort.

The Pros and Cons which I felt after snowboarding in Konjiam ski resort are in below.

1. Starting time and finishing time for skiing is flexible that you can choose any length of time, and can

pay money depend of the time. It is called “Me-TimePass” in Konjiam resort. Also the starting time is from the time when you enter the door which you can see in below picture. 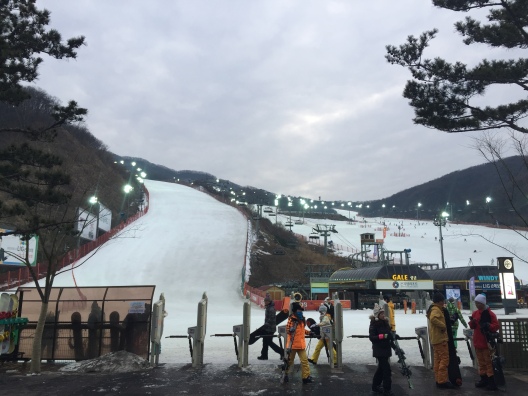 Meanwhile, Yongpyong ski resort’ ski ticket time is divided in Morning/Afternoon/Evening/Night/Twilight that you can only choose the time among them. Accordingly even I want to take ski about 1-2hours, I need to buy 4hours ticket. I definitely think the ski ticket system of Konjiam is much more reasonable and convenient for the customers. 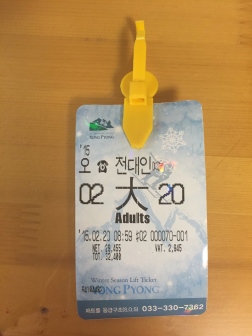 Yongpyong ski resort’ ski ticket is made of paper that I had to ring in the clothes. However, it might be possible to loose the ticket, if the ticket’s ring get fall out. Actually one of my friends loose the ticket, and could not snowboard more on that day:(( 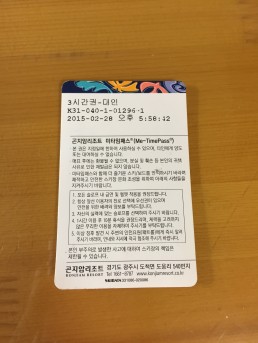 Meanwhile, Konjiam ski resort is using the E-tickets that when you take the lift you just have to touch the machine with the ticket. Accordingly, you can use the ticket just by putting it inside the pocket, and you don’t have to worry about losing ti.:))

Konjiam started the reservation system for the first time in Korea’ ski resort that they give the admission to the limited people. So once you ski in Konjiam,  you don’t have to worry about the excessively crowded. The time for waiting the lift is not that long.

1. Konjiam ski resort is not that big. Officially Kanjiam says they have 9 slopes but actually it seems to have only 4 slopes. 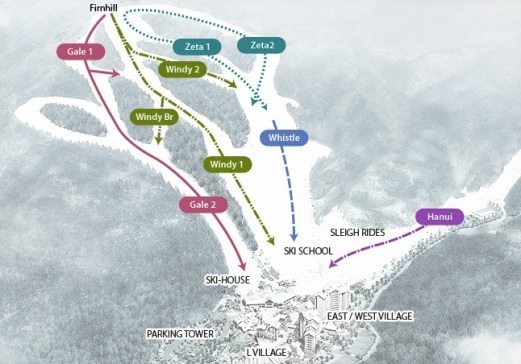 So comparing with the Yongpyong resort which has 20 slopes, Konjiam is small. If you’re someone who prefers to ski in diverse slopes, skiing in Konjiam would be little boring.

2. The quality of snow 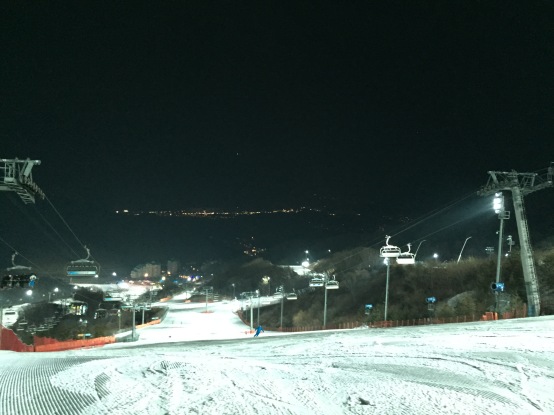 3. The distance of parking lot and the slope is quite far that you have to walk that distance with carrying the ski or snowboard.

Who will be good to visit?

If you live in Seoul or Gyeonggi(provinces surrounding Seoul) and want to ski only for one day, I recommend you to visit here. I came here about 10 times, but only for one day or half day without sleeping in the ski resort. Accordingly, it doesn’t cost the lodging expenses that I could saved money. 🙂

You can check more information in Konjiam homepage.