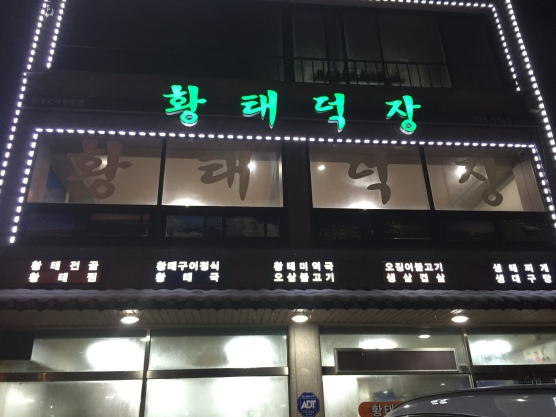 I went to the dried pollack restaurant with my family last week, which is near with the Yongpyong ski resort. In Korea, there are diverse food which is made with the dried pollack. Also Korean language has dozens of name of the pollack, depends on the way of drying the fish, such as Bugeo( completley dried pollack),Hwangtae(dried as Bugeo, but especially dried in winter with the sun and the cold wind), Kodari(half dried pollack)…etc.

“Hwangtae Duckjang” restaurant make most of the food with the Hwangtae. Duckjang means the place to hang out the fish as you can see in the picture. Yongpyong is near with the sea that in this region, there are many places where drying the pollack as you can see in the above picture. Accordingly, dried pollack is the local speciality in this region that many Korean eat the dried pollack when they visit the Yongpyong.

We ordered the set menu with grilled  Hwangtae(Dried pollack) which is composed of grilled Hwangtae, Hyangtae soup and other side dishes. 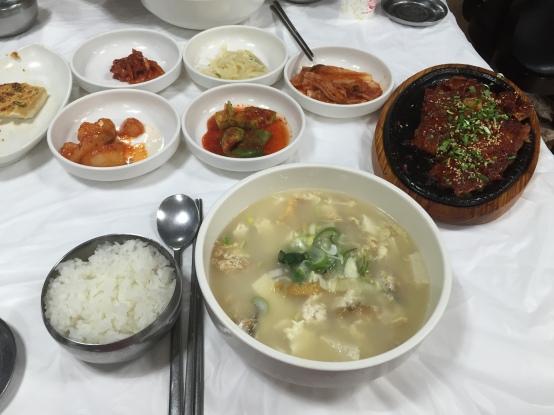 The Hyangtae soup is made with Hwangtae, beaten egg and tufu. Hwangtae and tufu were a lot in the soup that it was yummy. 🙂 The dish which is in the right side of the picture is the grilled Hwangtae and the taste was a little spicy and sweet.

The price is not that expensive that Set menu with grilled Hwangtae is 12,000KRW(about $12) and the Hwangtae soup with rice is 7,000(about $7). Also, it is possible to wrap the food that I additionally bought the wrapped Hywngtae soup and ate in the next day breakfast. 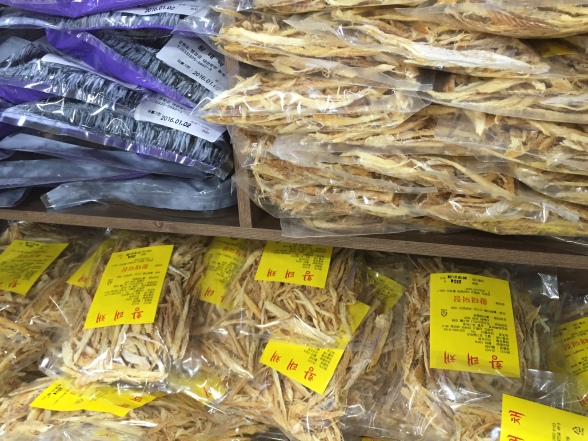 The location is near with the Yongpyong ski resort that it takes 15minutes with car and the distance is 5.9km from the ski resort.